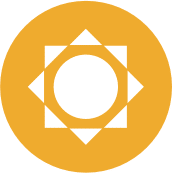 Charles’s practice focuses on business transactions, including company formations, mergers and acquisitions, and debt and equity financings. Before joining KO, Charles practiced in the San Francisco and Denver offices of Morrison & Foerster LLP, where he represented financial institutions and companies in a wide variety of transactions, with a large portion of his practice dedicated to project finance, M&A and commercial transactions in the renewable energy space. He has represented clients in transactions as large as $3 billion and as small as $10,000. Charles has a J.D. from the University of California, Berkeley, School of Law (Boalt Hall), order of the coif, and is licensed to practice in both Colorado and California. Prior to law school, he taught high school mathematics and Latin at a public school in the Bronx, New York. He has an M.A. in secondary mathematics education from the City College of New York and an A.B. in Latin from the University of Georgia, summa cum laude. He proudly hails from New Orleans, but he’ll cheer for the Denver Broncos—as long as they aren’t playing the New Orleans Saints.

Meet The Rest of the Team